With more than 2,500 Quality Engineering professionals in our Global Nearshore network, we bring high-demand skills across QA, automation, continuous testing, DevOps and Agile to clients around the world in all industries.

Higher maturity levels: Shift left at the core of our philosophy

Softtek became part of our team, helping us understand where our gaps were and providing an organizational quality framework, which led us to improve test automation from zero to 65%, a pretty phenomenal increase.”

Even though we have our own QA software analysis area, we decided to look for a second opinion. We chose Softtek for the task. Their expertise in the QA area helped us improve our software and apps efficiency, which resulted in a lot of time and money savings.”

This tool (Softtek’s QA & Testing solutions) is just amazing since it allows you to really test a huge amount of lifecycles and scenarios… you're able to analyze and make the necessary improvements to avoid catastrophic failures before production takes place.”

Frameworks, tools and best practices to enable test automation, continuous testing and DevOps for your web, mobile, desktop, ERP and even mainframe applications.

Frameworks, tools and best practices to enable test automation, continuous testing and DevOps for your web, mobile, desktop, ERP and even mainframe applications.

Ensure your applications' reliability, scalability and user experience with Load, Stress and Performance testing services that start with a Shift Left philosophy.

Ensure your applications' reliability, scalability and user experience with Load, Stress and Performance testing services that start with a Shift Left philosophy.

As a first wave, the idea behind Softtek’s Near Shore® brand was to fill the gap left by India-centric global service delivery. This concept remains as a solid differentiator for Softtek, although it’s just the beginning of our venture in global services.

The proximity component of the Near Shore® value proposition encompasses the following:

Softtek has more than 30 offices around the world, 19 of which qualify as Global Delivery Centers as they comply with the following:

Our network of Near Shore® Global Delivery Centers is comprised of the following:

Rated as the #1 city in which to do business in Latin America by Fortune Magazine, Monterrey has many attractions. Among the city’s features are:

Monterrey, the capital city of the state of Nuevo Leon, was founded in 1596 in a valley near the Sierra Madre Oriental, surrounded by the famous “Cerro de la Silla” (‘Saddle Hill,’ for its similar-looking shape).

This city is considered the industrial pole of Mexico, due in part to the presence of approximately 10,000 industries of different specialties that operate in the state: food production, beer, tobacco, glass, cement, steel, chemical products, equipment, and machinery, to name a few.

Nuevo Leon also stands out for its large commercial development, reflected in more than 25,000 businesses with diverse specialties established throughout the city.

Regarding high level education, Monterrey is the alma mater of the Instituto Tecnologico y de Estudios Superiores de Monterrey (ITESM), internationally renowned for the quality of its education techniques and the level of excellence of its graduates. The Universidad Autonoma de Nuevo Leon, the Universidad de Monterrey, and the Universidad Regiomontana, among other education institutions, place Monterrey as one of the most important education centers in Mexico.

Mexico City is the nation's capital and one of the largest cities in the world. The city owns a modern telecommunications infrastructure composed of thousands of miles of fiber optic cable, copper wire, and wireless capabilities. AT&T, MCI, Sprint, and Telmex provide voice and data services with modern infrastructure.

Mexico City is an important hub for airlines from Europe and North and South America. The number of flights to and from the U.S. ranges in the hundreds per day, making the city a very important and accessible business destination.

Our Global Delivery Center in Mexico City is built in a technology park, sharing facilities with the Tec Milenio University campus in Mexico City, a subsidiary of Monterrey Tec. Softtek works in collaboration with Tec Milenio to define the curricula of its students, expose them to real-life situations by working in internship programs, and offer a rapid inclusion to post-grad life.

Located halfway between Mexico City and Monterrey, Aguascalientes represents an alternative for people that want to enjoy the infrastructure of a modern city without the crowds. Being an industrial, mid-size city, Aguascalientes offers excellent power, telecommunication, and transportation infrastructure, as well as an important talent pool. One of the main competitive advantages that Aguascalientes has is its privileged geographical location, right in the center of the Republic, which facilitates quick communication toward the metropolitan areas of Monterrey, Mexico, and Guadalajara. In addition to its proximity to the three largest cities in Mexico, Aguascalientes is strategically located in a business/industry corridor close to other mid-size cities (Leon, Guanajuato, Zacatecas).

Aguascalientes is a municipality that conserves the vestiges of its 400-year-old history. The area has a perfect balance of old and new worlds. Its population's well-being metric is top five nation-wide, with the highest levels in housing, health care, education, and electricity.

The city has an international airport that hosts direct flights from Houston and Dallas.

Ensenada boasts a protected harbor and modern port facilities, making it Baja California's leading seaport. Located within a 90-minute drive from San Diego, its easy accessibility by land, air, or sea travel have made Ensenada a favorite tourist spot any time of the year.

Fishing, canning, and winemaking are among its main industries. The warm Mediterranean climate, vineyards, museums, golf courses, whale watching, and beautiful beaches are just some of the factors that have earned Ensenada consideration as one of the most important ports on the Pacific Rim.

Softtek’s Global Delivery Center in Baja resides within the UABC campus (Universidad Autonoma de Baja California), which is the largest university in the region. Softtek and UABC have created a partnership to align the curricula of academic programs and expose students to world-class projects by participating in internship programs.

The main financial, corporate, and merchant center of Latin America, São Paulo is one of the most influential Brazilian cities at the international level and considered one of the most globalized in the world.

São Paulo was chosen for the second time as the best destination in Latin America for business, according to the annual study conducted by “América Economia Intelligence,” the research unit of the communications company ‘América Economia.’ The analysis resulted in a ranking of the top 42 municipalities of the region for business, considering innovator potential, capacity to generate new businesses, telecommunication, security, quality of life, and cost of living.

The capital has an excellent metro service that is considered one of the most modern and comfortable in the world, as well as 33 million taxis. There are over 200 heliports, with 500 helicopters, making it the second largest in the world in that space. In addition, it has the second largest contingent of private jets around the globe.

The city of São Paulo is accommodated by two airports: the International Airport of São Paulo and the Congonhas Airport. For small planes and helicopters, the airport used is Campo Marte. More than 40 cities from another 23 countries connect regularly by commercial flights. The Congonhas airport offers connections with 70 local towns in nearly all of the Brazilian states.

The capital of the state of São Paulo has a temperate climate and is in southeastern Brazil. With an area of 1,530 km2 and a population of 10,886,518, São Paulo is the largest municipality in the Southern Hemisphere and the fourth-most populous in the world.

The capital of the province of Buenos Aires, La Plata is an administrative, commercial, recreational, and cultural center that possesses a magnificent architecture expressed in its foundational buildings, plazas, avenues, and paths that are home to 600,000 inhabitants.

La Plata is a paradigm of advanced urban planning dating back to the nineteenth century. It’s also an example of the hygienic (ecological) movement that started gaining importance in that period.

In general terms, its population is highly qualified, with a greater proportion of university students compared to other cities. Since its foundation, it has been a place for excellence in education, serving as the facility for three universities: Universidad Tecnológica Nacional (UTN), Universidad Nacional de La Plata (UNLP), and Universidad Católica de La Plata (UCALP).

Its location is extremely important to the growth of the software industry due to its:

The Global Delivery Center in La Plata is in the middle of the urban center, facilitating access and mobility of our associates and visiting clients. This center was inaugurated by the city mayor and Vice President of the nation, Daniel Scioli (present governor of the province of Buenos Aires), and was presented as the facility of the first technological pole of the city.

A Coruña is in the northwest corner of Spain. The ‘Torre de Hércules’ (Hercules Tower) – the oldest, working Roman lighthouse – overlooks the city. It’s also known as the “City of Crystal” for its peculiar architecture in buildings close to the coast.

This delightful city has pleasant weather for most of the year and is a regular tourist destination for its gastronomy and local beaches. Furthermore, A Coruña is known for its high quality of life among its inhabitants – a population of 250,000 people that make it the second most populous city in Galicia.

The five-hour highway trip from A Coruña to Madrid features a number of diverse Spanish cities. Additionally, with only a two-hour flight to London, A Coruña has three airports in the area:

There are three large universities in Galicia that generate more than 1,300 graduates each year, with their seven campuses offering more than seven technology careers. 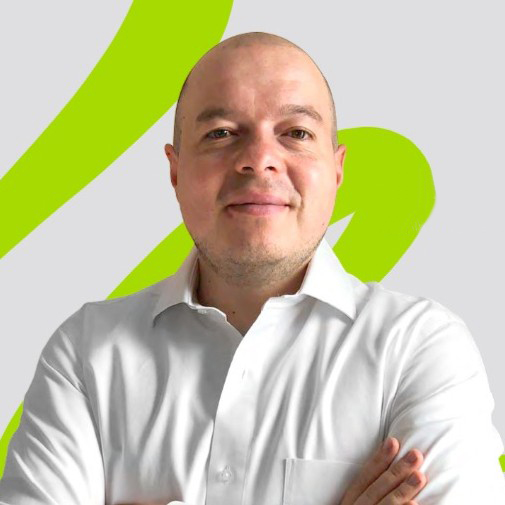 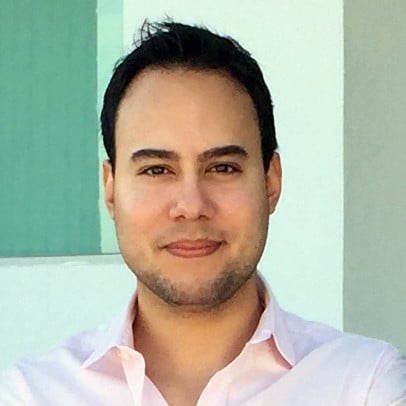 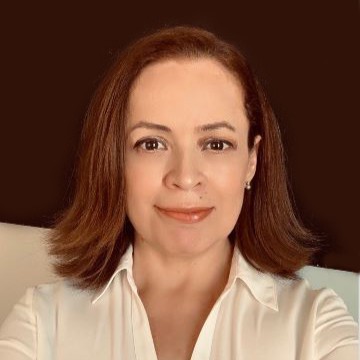 We regularly update our commerce radar, a simple list of established and up and coming platforms and options for Digital Commerce, to keep track of the evolving landscape. It can be useful to identify new technologies, platforms, functionality and trends by following what’s new and what’s working.

While we mostly use this radar for ourselves, we’ve had been asked to share a few times and decided to make it available for anyone interested.

Let me know when this is updated 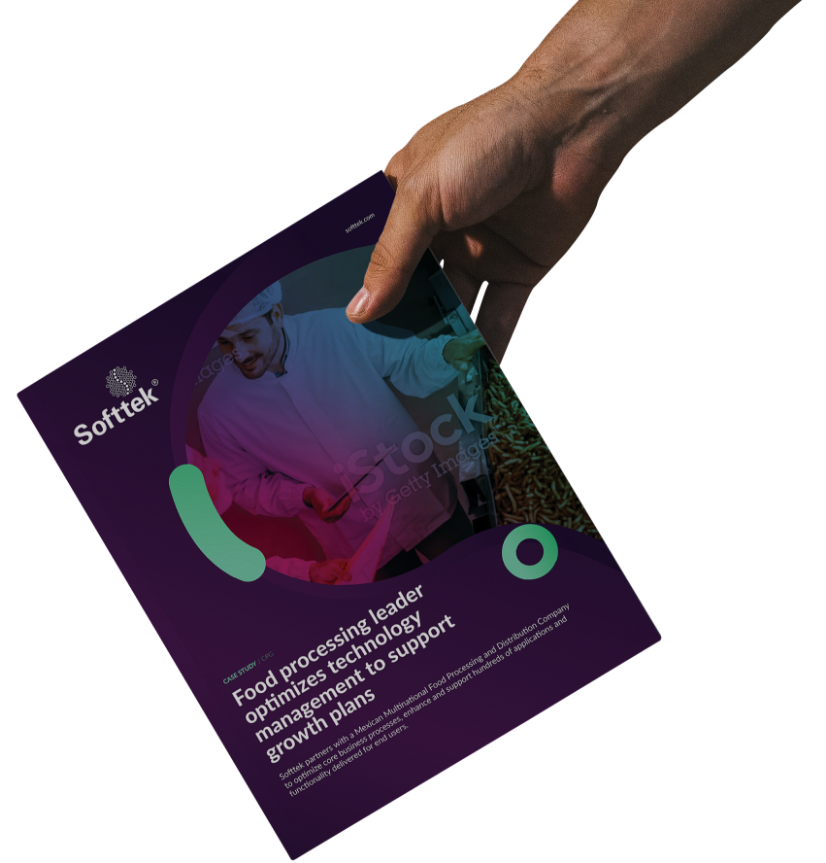 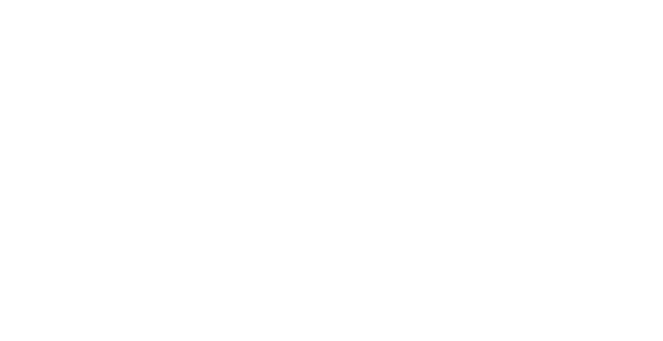